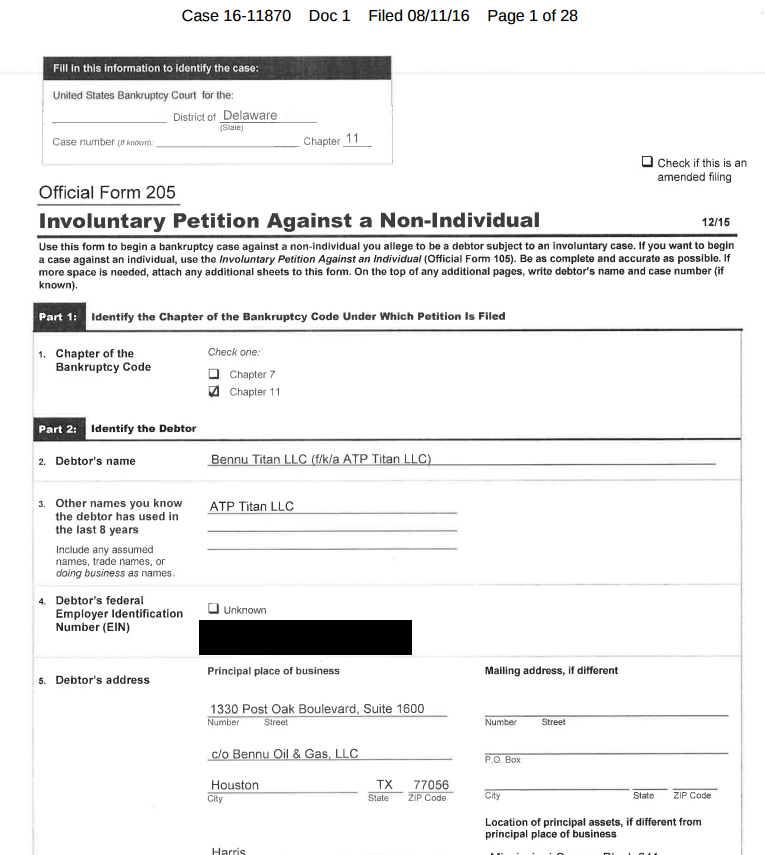 Filed in Delaware by alleged creditors Beal Bank USA, as lender, and CLMG Corp., as agent

Oil-well servicer warns of possibility of bankruptcy if talks fail

America, they say, has too many stores for the online shopping era.

Essar replies and says its ready to put money down to back up its bid.

Why a Dallas restaurant company's bankruptcy is part of a trend | WFAA.com

“We’ve been in a sustained period of time, much like in 2007 and 2008, where the number of restaurant openings has heated up and we’ve had over-expansion,” Weichmann said. “And if you go out, do you want to go to the old place or new place? So same-store sales have been down, especially in the casual dining segment.”

Skully had raised over $2.4 million in its Indiegogo funding campaign to create an “augmented reality” motorcycle helmet

Over dissent, the Seventh Circuit creates a safe harbor for pursuing stale claims in bankruptcy.

Premier Cru, at 1011 University Ave., specialized in “wine futures,” the advance sale of high-quality vintages, mostly from France and Italy

No spam, ever. We'll never share your email address and you can opt out at any time.